Which messages are received during times of crisis?

8th June Which messages are received during times of crisis?

Messages that are received are simple, direct and precise – and also correspond to the linguistic diction of the recipient. But it’s not only about the art of words, but also about the crux of the matter.
A guide by communications expert Sabine Pöhacker:

French President Emmanuel Macron said: “We must fight and tame the tiger!” His Prime Minister Edouard Philippe said rather succinctly: “None of us should take the virus lightly”. There is no need to ask which message was better understood by the people.

Not only the civilian population, but also customers and employees need guidance on how to deal with the virus and the company itself. Where does the company stand, which values are decisive, where is the future heading?

Steering through the crisis

Good managers anticipate what is to be expected. Cardinal errors, on the other hand, are false promises, contradictory or unclear statements that lead to misinterpretations. In vulnerable times, when no one knows exactly where the journey is headed, setting time horizons – in the spirit of crisis communication – is a legitimate bridging aid. (The Austrian government has mastered this gradual information tactic relatively well).

Some messages are unalterable. A stop sign says it all. But clear messaging is also becoming more and more urgent in companies and organisations. The reason is obvious: clear messages reach the brain faster, are more easily absorbed and ideally reach the limbic system. “BMW and the joy of driving” or “Only a Mercedes is a Mercedes” do not need any explanations. Barack Obama’s “Yes, we can”, Angela Merkel’s “We can do it” or Martin Luther King’s “I have a dream” have also moved masses. Blaise Pascal already knew that this scarcity requires artistry, and in 1656 he apologized at the end of a letter that had gone on too long: “I lacked the time to keep it shorter”.

Messaging as the tip of the iceberg

Nevertheless: in addition to crystal-clear information, the focus is on content and topics. And this is exactly where many people find it difficult. In companies with many departments (or even governments with many ministries) you often cannot see the forest for the trees: everyone informs everybody and in the end nobody knows what they can or should not do.

Just now it becomes painfully tangible what was missed. In order to quickly regain ground, those in charge are called upon to rethink or even set up new communication processes – from setting objectives and positioning, to topic setting and the sharpening of messages to their dissemination. In a nutshell: What is the goal? And who says what, when, to whom and how? 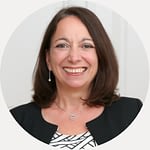